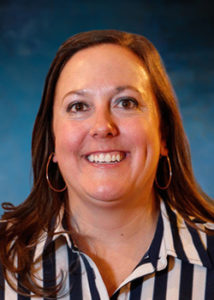 Jillian Imrie played volleyball, soccer, and basketball for the Indians but the court was where she shined. A stand-out volleyball player, Imrie was named All-MEL and All-Napa County while also garnering honors as the Monticello Empire League’s Player of the…

At Napa High, Kristi Nelson was a four-year volleyball and four-year soccer performer, a three-year track star, and a Powder Puff football player. Among her many honors were: Soccer— All-MEL and All-County and played on two MEL championship teams; Volleyball—…