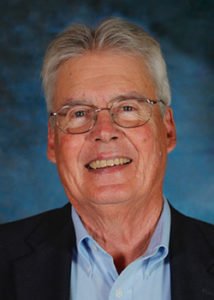 “That’s where the real coaching happens, when you’re able to break down film on your opponents and trying your best each and every week to put your players in the best possible situation to have success,” said Troy Mott, who nominated Chance for the Hall of Fame.

An athlete in his own right, Chance ran cross country and track & field at Diablo Valley College (Pleasant Hill) and Cal Poly-San Luis Obispo. He graduated from Cal Poly in 1973 with a degree in P.E. and went on to lead the track & field team at College Park High (Pleasant Hill) as their head coach. Chance taught adaptive P.E. and ran an adaptive swim program for handicapped youth for 25 years in West Contra Costa. He has also been involved in coaching with the Special Olympics.

Now in his retirement, Chance is one of the hosts of the KVON “SportsVine” on Saturday mornings. The hour-long show starts at 9 a.m. on KVON-1440 AM. Chance continues to film Indian football games.