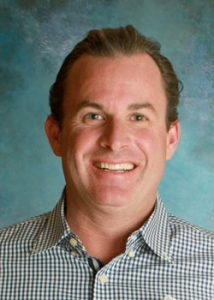 Michael Blair was a track and cross-country star for Napa High. After two successful seasons of running for Justin-Siena, Blair transferred to Napa and looked to continue his athletic career. As a junior, he was first in the Sac-Joaquin Sub-Section meet and second at the Sac-Joaquin Section meet in the 1600m. He went on to place seventh in the 1600m at the CIF State Track and Field Championships. He was also named Napa Valley Register’s Spring Athlete of the Year for his efforts in Track and Field that year.

As a senior, Blair represented the Indians in the CIF State Cross Country meet, after leading Napa High to their first MEL title in 25 years. Blair was named as Napa Valley Prep Athlete of the Week numerous times. During his senior track campaign, Blair was again named Napa Valley Register Spring Athlete of the Year, after capping an impressive high school career that saw him finish third at the Sac-Joaquin Sub-Section meet and second place at Sections. At the CIF State Championships, Blair broke his personal record of 4:11:03 with a time of 4:10:91, and finished fourth overall. His time still stands as the Napa High record in the 1600m.

Blair’s accomplishments garnered attention from Cal, and the Indians’ Cross Country and Track MVP, ran for the Golden Bears for three years in both sports. In 1997, he won the College State Championships for the 1500m.

Upon graduating from Cal with a degree in Mass Communication, Blair moved to Eugene, Ore., to run with the “farm team” sponsored by Asics. He retired from competitive running in 2002 and is currently a captain for the Alameda County Fire Department. Blair and his family make their home in San Francisco.